Blog
You are here: Home / Blog / Cryptocurrency and Asset Protection: Why We Need Regulation

By its very nature, cryptocurrency can be very difficult to manage on a large scale backed by world governments. However, these guarantees of safety might be what cryptocurrency needs in order for consumers, retailers, and banks alike to trust this payment method and truly bring it into the mainstream.

“Cryptocurrency at times can seem overwhelming from a technology standpoint for a retailer,” says Tom Meehan, CFI, the retail technology editor at LP Magazine. “Like any new technology or trend, retailers must be balanced in their adoption thought process to both serve the customer and protect themselves from unnecessary risks.”

What Is the Legality of Cryptocurrency Today?
Cryptocurrency is accepted as a legal form of payment in most of the developed world, including North America, Western Europe, Australia, and much of South America. In these regions, governments often have no specific legislation regarding the trade of cryptocurrency. Very few countries have outright hostile attitudes or bans on cryptocurrency, with some countries operating in between with more legal restrictions on usage.

In 2018 the US Congress released a Joint Economic Report indicating they would move toward a more streamlined regulatory approach to cryptocurrency. However, in the absence of federal regulations on cryptocurrency, some states have taken the issue into their own hands. For example, in 2017 Washington passed a bill requiring cryptocurrency exchanges to maintain cash reserves equivalent to the transacted volume on their platforms, a move viewed as “hostile” toward cryptocurrency, particularly considering the state’s reputation for its thriving tech scene.

Today, there are a number of major retailers who currently accept Bitcoin, the most popular cryptocurrency. These retailers include Microsoft, Overstock, Expedia, Dish, AT&T, and online retailers who use Shopify. The mobile shopping app Fold uses Bitcoin’s Lightning network so users can spend both fiat currency and Bitcoin at online and in-store retailers like Amazon, Uber, Starbucks, and Hotels.com.

“Apps like Fold will force retailers to take a hard look at when or if they should accept cryptocurrency in store or online, much like Apple Pay forced the contactless payment market in the past,” said Meehan.

The Concerns about Facebook’s Cryptocurrency, Libra
Ever since Facebook announced Libra, their own cryptocurrency, in June, it has faced a lot of criticism and opposition from financial regulators, particularly within the US and the European Union. The chair of the Federal Reserve, Jerome Powell, said Libra raised a host of serious concerns around “money laundering, consumer protection and financial stability.” Central bankers from Britain, France, the European Central Bank, Singapore and China have also voiced their concerns.

Unlike other cryptocurrencies, Libra is designed to be a “stablecoin,” meaning its value is based on the traditional currencies that back it. This is meant to reduce the risk of dramatic changes in value associated with Bitcoin and other cryptocurrencies. However, Facebook has also faced criticism for spreading misinformation globally and not protecting its users’ data privacy, which brings their plans for Libra under even greater suspicion. What reason does Facebook have to make us believe that consumers’ personal financial information will be protected?

Cryptocurrency and Money Laundering
“Cryptocurrency acceptance is rife with issues surrounding exchange rates and potential money laundering. Most cryptocurrencies are afforded few, if any, protections against currency manipulation,” said Christian Romero, risk management advisor at Technocracy Associates, LLC. “Retailers assume significant risk when engaging in the trading of cryptocurrencies, which have no inherent value nor enjoy protections offered by traditional security markets.”

Current anti-money laundering (AML) laws require financial institutions and retailers to monitor their customer’s transactions in specific ways, such as verifying where large sums of money originated, tracking suspicious activity, and reporting cash transactions exceeding $10,000. But these regulations don’t apply to cryptocurrency, which is monitored only by its users, if it is monitored at all. Cryptocurrency is designed to be anonymous, so even if a regulatory body tracked suspicious activity, how could they link the activity to its users?

In June, Financial Action Task Force (FATF), a global money laundering watchdog, told countries they needed to tighten oversight of cryptocurrency exchanges to stop digital coins from being used to launder cash. In the first global attempt to regulate the growing cryptocurrency sector, FATF will compel countries to register and supervise cryptocurrency-related firms like exchanges and custodians, which will “have to carry out detailed checks on customers and report suspicious transactions.”

This requirement is a lot like the AML laws that mandate banks to fill out a Suspicious Activity Report (SAR) for any transaction that does not make sense to a financial institution, is unusual for the customer, or seems to be done only to hide a separate transaction. Most AML laws rely on financial institutions to do their due diligence to create a constituent practice of reporting suspicious activity, and it looks like that approach will translate to cryptocurrency regulation as well.

How Can Regulations Change the Market?
One of the main appeals of cryptocurrency is that it is decentralized and not regulated by any governments or institutions—its integrity is maintained by its users. So it’s likely that when governments begin mandating regulations for cryptocurrency, a lot of users will be unhappy with this change. In the short term, this could lead to a decrease in the trading value of cryptocurrency.

However, the long-term benefits could outweigh these downsides. If done properly, regulations can address common concerns from consumers and businesses alike by stabilizing the market and ensuring the security of cryptocurrency transactions. A safer market will lead to more public confidence, more people investing in cryptocurrency, and stable growth in value.

Stabilizing regulations could also help banks and retailers alike feel more comfortable accepting cryptocurrency. For example, although gold has value, you can’t bring it to a bank and exchange it for cash or use it to make a purchase in a store. Regulations can help establish cryptocurrency as a legitimate currency, which would be a huge step toward mainstream adoption.

Another way cryptocurrency regulation can come about is through the widespread adoption of industry best practices. Rather than government regulation, banks and payment processors can agree on a set of best practices to create enough regulation for retailers. For example, the Payment Card Industry Data Security Standard (PCI DSS) mandates how organizations process payments from credit cards. However, the PCI DSS is upheld by the Payment Card Industry Security Standards Council, a private organization, not a government agency. The PCI DSS has operated smoothly for 15 years, under the cooperation of multiple credit card companies, and serves as a good framework for how cryptocurrency best practices can move forward.

Today, retailers are challenged with balancing customer service and needs with regulatory concerns about fraud, just like with the growth of other digital payments in the past two decades. With these regulations in place, banks and retailers can focus on helping consumers. For example, regulations can help retailers log transactions, so if a customer wants to return an item, they can look up the sale and find the transaction. The way cryptocurrency is set up now would make that impossible, which doesn’t exactly encourage retailers or consumers to want to use cryptocurrency.

The biggest issue is that the lack of cryptocurrency regulation invites criminal activity. Cryptocurrency isn’t inherently bad; it was designed to preserve anonymity, not to help criminals. But without any regulations, criminals can abuse cryptocurrency to facilitate illegal transactions for drugs, weapons, or anything they don’t want to be traced back to them.

The difference between maintaining individuals’ privacy and stopping criminal activity is a very fine line. At the very least, cryptocurrency regulation would discourage criminals from using it and lend cryptocurrency more legitimacy in the mainstream financial market. But at worst, it could defeat cryptocurrency’s very purpose of protecting user privacy.

In the end, if cryptocurrency is going to join the ranks of cash, checks, credit cards, and other accepted methods of payment, there need to be at least some regulations, so consumers, retailers, and banks feel confident knowing their transactions are protected. 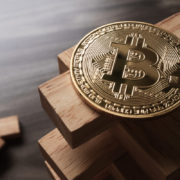 Mitigating the Risks of Cryptocurrency 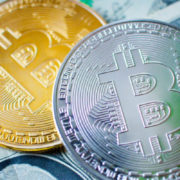 What is Cryptocurrency and How Does It Work?

How to Prevent Shoplifting
Scroll to top