Blog
You are here: Home / Blog / How to Train Retail Employees to Spot Counterfeit Money

Counterfeits don’t have access to the high-tech printers used in the U.S. Treasury to print authentic bills. If you see blurry seals or shades of green that don’t quite match, it’s likely the bill is counterfeit.

One of the most well-known security features of an authentic banknote is its watermark. Many of the new bills use a watermark that is actually a replica of the face on the bill. On other banknotes, it is just an oval spot. Here are some things to keep in mind when looking at a bill’s watermark:

One of the first things to check to see if a bill is authentic is if the bill denomination on the bottom right-hand corner has color-shifting ink. Going back to 1996, all bills of $5 or more have this security feature. If you hold a new series bill (except for the new $5 bill) and tilt it back and forth, you can see that the numeral in the lower right-hand corner shifts from green to black or from gold to green.

All authentic banknotes have raised printing, which is difficult for counterfeiters to reproduce. To detect raised printing, run your fingernail carefully down the note. You should feel some vibration on your nail from the ridges of the raised printing. If you don’t feel this texture, then you should check the bill further.

What to Do with Counterfeit Money

Do not directly confront the passer. Do not return the bill to the passer but instead delay them with some excuse, if possible. People who know they are using counterfeit money would rather avoid a sticky situation than push forward. It is important that you never directly accuse a customer, as there is a high change that they themselves were duped by the counterfeit bill.

Write your initials and the date in the white border area of the suspected counterfeit bill. Do not handle the counterfeit bill. Instead, place it in a plastic bag or envelope to protect it until you can get it to a law enforcement officer. 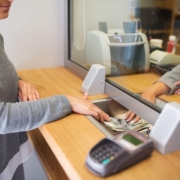 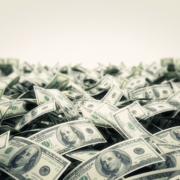 Upgrade Your Banking Supplies With the Best Counterfeit Detector Pen 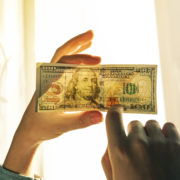 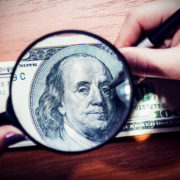 Cryptocurrency and Asset Protection: Why We Need Regulation
Scroll to top