The Risk It Poses for All of Us

To be clear, this article is not about politics or the right versus the left, although I do use some political events as examples. For the record, I do not condone the statements made by Trump, and I also oppose violence. What I want to focus on is the role that social media and Big Tech play in our access to information.

To justify deplatforming Trump, many of these companies have cited the risk of social media causing violence in real life. Twitter CEO Jack Dorsey specifically mentioned the risk of “offline harm as a result of online speech” in his statement about banning Trump’s Twitter account. While I do not agree with the actions of the people who breached the Capitol or the former president’s statements about what happened, I am still left with the question of whether these statements could have been handled in a different way.

The Consequences of Social Media Bans

Although the media tends to frame social media censorship as a highly political issue, it extends far beyond that. In my opinion, the issue is more about social media and other Big Tech companies deciding what people can and cannot see. Because the First Amendment protects freedom of expression from being limited by government bodies, that leaves a lot of room for private companies like Twitter and Facebook to decide who gets to use their platforms.

The recent wave of social media bans is not limited to deplatforming major public figures like Trump. Parler, a social media platform focused on free speech that became popular with conservative users, was recently banned from the App Store and Google Play. Apple, Google, and Amazon defended their decision by explaining that user posts that incite violence violate their policies.

This takes the issue of “online speech wars” further than a conflict between social media platforms and their users. By preventing people from downloading Parler at all, Apple, Google, and Amazon have effectively shut down a platform because they do not approve of Parler’s laissez-faire approach to free speech.

While I do not condone the content on Parler that encourages people to take violent action, I am alarmed by how just three companies were able to take such drastic action against individuals’ freedom of expression. Imagine if a Big Tech company decided to pull your internal data as a retailer from their server? Or what if Facebook removed your paid advertisement campaigns because they did not agree with your message?

While it seems like social media censorship only targets conservatives, there is a real risk for liberals as well. With the federal departments bringing antitrust suits against major tech corporations like Google and Facebook in recent years, Biden might support these suits as the president. But what if these same tech companies shut down Biden for speaking against them? While I am not suggesting this would happen, the point is that it is still possible.

However, we must also recognize that these tech companies might not be acting of their own accord when making these decisions. Congress has regularly called on social media platforms to censor speech they did not approve of. In April 2019, Rep. Cedric Richmond of Louisiana told Facebook and Google to restrict content or face increased regulation, saying, “We’re going to make it swift, we’re going to make it strong, and we’re going to hold them very accountable.”

Essentially, the government can use Big Tech to do what they cannot—sidestep the First Amendment and censor constitutionally protected free speech. Although the decision to ban Trump from their platforms is left in the hands of these tech companies, it does align with some elected officials’ calls for social media platforms to restrict free speech.

This is why these social media bans are so concerning to me. As an individual, my freedom of expression should be protected by the Constitution. But tech companies operate outside of the restrictions that prevent the government from controlling free speech. Left unchecked, there isn’t much stopping these social media giants from changing their terms of use and limiting more content, especially if their businesses are threatened by government regulation.

The challenge is there is no regulatory body that imposes checks and balances on major tech corporations, which means it’s up to them to make the right decisions. While Twitter’s CEO stated that banning Trump was “the right decision,” he also said, “This moment in time might call for this dynamic, but over the long term, it will be destructive to the noble purpose and ideals of the open Internet. A company making a business decision to moderate itself is different from a government removing access yet can feel much the same.” His statement is what drove me to write this article in the first place, and I hope that Big Tech continues to be aware of their influence.

An Alternative to Outright Censorship

Tech companies infringing on free speech is far from recent news. In October 2020, the New York Post was temporarily suspended from both Twitter and Facebook after publishing an exposé about Hunter Biden, the son of President Joe Biden (former vice president and presidential candidate at the time), that alleged he participated in corrupt business dealings in Ukraine and China.

The platforms explained their suspensions by saying that the New York Post articles linked to “hacked materials,” which violates their terms of use. Twitter later revised its policies to allow tweets that discuss hacked materials, so long as they are labeled as such.

After reinstating the New York Post, Dorsey tweeted that blocking the URL was “wrong,” and a Twitter spokesperson told The New York Times that because the information had spread so widely, it was no longer considered private and therefore did not violate Twitter’s private information policy. While the New York Post is not my newspaper of choice, it is still a legitimate media agency that Big Tech censored until it was faced with backlash.

This aligns with Twitter’s recent approach to misinformation on its platform. Rather than outright blocking tweets with misinformation, Twitter implemented labels on these tweets, starting in May 2020 when misleading information about COVID-19 started to spread on social media. They expanded this policy again in October of the same year to warn Twitter users of misinformation about the United States general election.

Looking at how Twitter approached the growing issue of misinformation on social media, I think the company’s decision to warn users of misleading or unverified information is a solid middle ground between completely censoring people and letting incorrect information spiral out of control. Rather than preventing people from seeing this content at all, Twitter instead lets users decide what to do with this information, only intervening with warnings about accuracy.

It is clear that social media can shape people’s opinions, not only their political opinions but their perception of the news itself. But in my opinion, completely blocking people or content from social media is not the best way to address misinformation and the growing trend of social media posts that incite violence. When influential tech companies like Twitter and Facebook turn to outright censorship, it can become a slippery slope. Instead, I believe that social media companies should follow Twitter’s example of labeling misleading information and warning users who click on or share this content.

Although the Capitol breach brought to light how free speech online can lead to real-life violence, extreme events do not always justify extreme reactions. Banning Trump from mainstream social media platforms sets a dangerous precedent for social media censorship, one that we should be wary of as we continue to combat misinformation about political events, COVID-19, and who knows what else in the future. 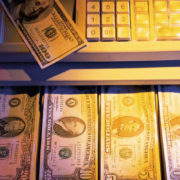 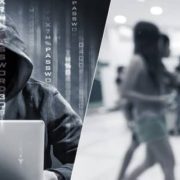 Bridging the Gap between Cyber Crime and ORC 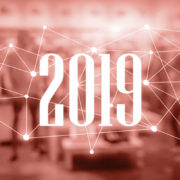 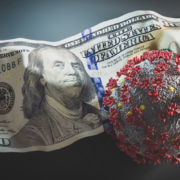 2019 Retail Predictions: From the Rebirth of Brick and Mortar to the Death of Iconic Brands