Blog
You are here: Home / Blog / Why Good Investigators Fail 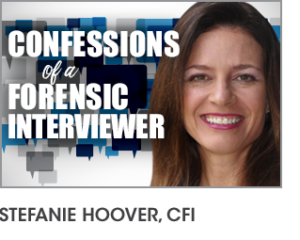 Sometimes the mighty fall.  Even the most seasoned LP professional can get in a rut or make mistakes based on habit or personal attitudes.  Why?  Here are the three common reasons:

So you’ve been working in LP for 10 plus years, you’ve been to WZ training, you’ve done a few hundred interviews and you have your CFI.  You’re all good, right?  Now you can cruise through the next 10 to 15 years and not worry about ongoing training.  Oops!  Did you know that a lot has changed in the 10 years since you were first trained?  There are more techniques available today, and in addition, the WZ method has evolved with more nuanced steps that will actually help you to avoid getting sued and get better admissions.

All artists evolve (and I consider interviewing an art).  Most artists continue to train and develop their craft throughout their career; have you ever compared an early Picasso to his later work?  I hope you aren’t doing interviews exactly the same way you did when you were a newbie!  To be honest, even though I write about interviewing and am involved with the IAI association, I haven’t done a sit-down interview in a few years.  I’ve coached others but that’s a far cry from actually doing the steps.  Before I would even consider doing an interview now, I would practice and then practice some more.

Potential fix:  Read!  You don’t have to spend a ton of money to stay current.  LP Magazine or any number of free industry magazines are great sources.  An even easier way is to get some on-the-job training – just ask your boss or a peer to review an interview recording or sit in on-one-with you.  I know this could be nerve-racking depending on the boss or the peer, but the payoff is huge with immediate feedback.  Ask them to be brutally honest.  People tend to sugarcoat, but this is the time when you need the unvarnished truth.  And finally, DO SOME INTERVIEWS!  Don’t get rusty like me.  If you are in a supervisory role it’s easy to sit back and let your team do all the work.  But, there may come a time when you are up to bat to interview that CFO—maybe the biggest case of your career—and you haven’t done an interview in 2 years.  Now what?  Hit the batting cages and keep practicing your craft!

You might think digging in is a good thing for an investigator, and usually it is.  We think of tenacity and stick-to-it-ness as traits that most investigators want to cultivate.  However, there comes a point in an investigation when all the signs are pointing another way and the “good” investigator may dig in their heels.  We become so invested in an outcome that the subtle and obvious signs that we are wrong are either missed or ignored.

Have you ever looked back at a video or audio recording of your interview and were amazed that you missed some blatant behavior?  This can happen to all of us, but where the failure comes in is when we don’t learn from these situations and the “digging in” becomes a habit.  Are you one of those people who can never be wrong and takes it personally when people think you are?  Lighten up, Francis!  This is your job, and HR and Legal have a job to do, too.  Don’t take it personally – just accept that not everything is black and white.  The great Gary Manson taught me this lesson when I worked at Neiman Marcus early in my career.

I remember one particular experience.  I had worked a case I felt passionately about.  I was only 26 at the time, so I was still pretty green and definitely didn’t see in anything other than black and white.  The case seemed open-and-shut to me, but Gary made me see that there was more to it than a stat.  There was a person we needed to consider.  I’ll never forget his lesson and how he made a lasting impact on me.

Potential fix:  This one dovetails nicely with the previous training topic.  Just getting some simple feedback from a peer can help keep you on track.  Or, if you’re feeling gutsy, ask your boss for his or her take on your demeanor. I can’t say it enough – audio record and then immediately review all of your interviews acting as your harshest critic.  Listen to other opinions and insights; just because you worked this case doesn’t mean that others may not have experienced something similar.  Remember your training and don’t ignore the verbal and behavioral cues during the interview.  As human beings we tend to pre-judge and form opinions – it’s just natural!  You have to be able to turn this trait off to a certain extent during an interview.

We can’t do our jobs in a vacuum.  LP, especially during an investigation, depends on the backing of other departments.  If you’ve been operating as a lone wolf, don’t expect to get support from the rest of the team when you really need it.  This applies to any profession, but especially in LP as we are normally not the final decision makers.  You may think that you have built partnerships, but do they pass the smell test?  If you are partners in name only with HR and Legal (or the rest of your team) then you have some work to do.  Due to the nature of our jobs, there is already a natural tendency to view LP with some recalcitrance.  Maximum partnership-building skills are required to overcome this.

Once upon a time I worked with an investigator who thought we were the secret police.  He operated in a vacuum and everything was hush-hush. The associates started rumors about what he carried in his briefcase and everyone was intimated by him.  There was so much fallout from this attitude!  Besides, it’s not much fun to go to work every day if you are suspicious of everyone and everyone is suspicious of you!

Potential fix:  This one was tough for me early on in my career because, back then, I felt like I had to hold people I worked with at a distance.  How could I get invested in a relationship or partnership when I might be interviewing that co-worker next week?  Well, the truth is, you must be okay with that and build that partnership anyway, knowing that things can happen.  As I advanced in my career, I figured out that having a good relationship with HR was of vast importance.  A bonus: they usually had the best sense of humor and the most fun at work anyway.

Getting to know them and letting them get to know me was huge.  They learned how I operated and realized that when I brought a case to them it was going to be well researched and legit.  They knew I wasn’t about to jeopardize my job or theirs over a poorly run investigation.

Be a person, not a robot – try to make small talk, get to know people outside of work.  I’m not saying you must go to their kid’s graduation party, but at least be aware of what’s happening with them.  Volunteer to help them with something they are working on – this can do a lot to help build that partnership.  The HR will see you as someone who helps rather than someone who makes extra work all the time by terming their freshly hired employees.

Hopefully you are already on the road to success and have embraced all these topics in your career.  If you do identify with one or more of these, the good news is that it’s actually pretty easy to fix all of them.  The first step is an honest dialogue with yourself.  Good luck! 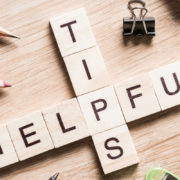 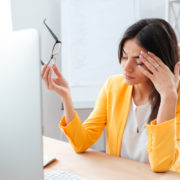 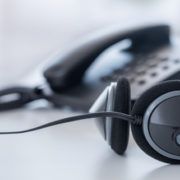 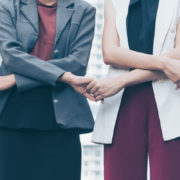 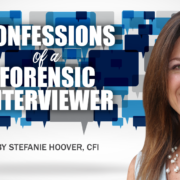 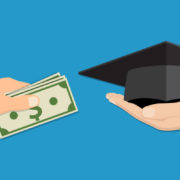 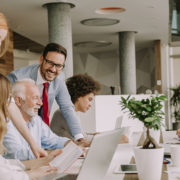 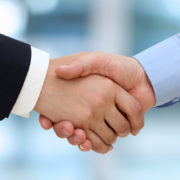 Download Whitepaper
How to Build a Better Interview
(Hint: It’s in the Data)

When Hitting The Jackpot Means…
You Lose!
Scroll to top